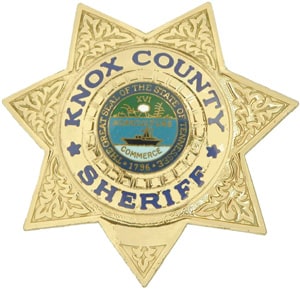 The Knox County Sheriff’s Office has implemented a new program called “PROJECT: THINK TWICE”. The program is aimed at at-risk juveniles ages 12 – 17 and their parents or guardians. The purpose of the program is not to humiliate, shame, or terrorize juveniles, but to show how bad decisions could eventually lead to incarceration and to help parents increase their awareness. This program is the first of it’s kind in Tennessee and was developed by Sgt. Sheila Story and the staff of the Special Services Division after numerous calls from parents about what to do when teens are headed in the wrong direction. The guidelines and applications are available on the Sheriff’s Office website, knoxsheriff.org or call the Knox County Special Services Division at 865-215-5633.

How Does It Work?

The program takes place on the third Thursday of each month at the Knox County Detention Facility and is limited to 15 teens and their parents. The youth are led on an educational tour of the Detention facility by officers and learn about the daily lives of the incarcerated prisoners. The parents are involved at the same time in a brief facility tour followed by an informational program about juvenile services, community resources and a discussion about the challenges that face young people and families that can potentially lead to involvement with the Knox County Sheriff’s Office or the Juvenile Justice Center. A social worker from the Juvenile Center assists with the parent program. Last, the youth and parents come together to hear a presentation by inmates. The inmates share their experiences at the Detention Facility and discuss the choices that lead them there.

“As the youth came in to the facility, they seemed a little nervous. I watched as the parents signed them in.  Why were they here?”

I attended this program last week to get a first hand look.  As the youth came in to the facility, they seemed a little nervous. I watched as the parents signed them in.  Why were they here? Most were here because of disrespecting their parents. Some were here because they have anger issues, a few were caught with drugs or in trouble at school, and some were on probation for various charges through Juvenile Court.

The officers placed a sticker on the back of their shirt with a number on it. They would only be known as a number during the tour. They were instructed to have a seat, sit up straight and to be quiet.  After everyone had signed in, the program began by one of the officers reading the rules: tuck in shirt tails, pull up pants, tighten belts, discard any chewing gum. They were told no disruptive behavior would be tolerated and to keep their hands behind them at all times during the tour.

Next, the youth were instructed to go to the wall where they were given a pat down search. I saw a couple of parents wiping tears from their eyes. They hated seeing their child in this situation, but it was also a tear of hope that this would help lead their child in the right direction. The youth were told to sit back down and were shown a video called “Think Twice”. The video was a true life video of juvenile prisoners. It was a glance of what they were about to see for themselves on their tour.

“The youth heard these prisoners talk about how they wished they still had the freedom to hug their moms, sleep in their own beds, wear their own clothing, use their cell phones, hang out with their families, or just to walk to the refrigerator when they were hungry. ”

The parents were led out of the room for a brief tour of the facility before attending a parent program. I decided to tour with the youth. We went to a couple of cell blocks or as we call them, pods. Here, the officers explained that the prisoners in the disciplinary pod had made bad choices even while incarcerated that led them to this pod. The youth were shown an empty cell and shower area. They could hear a few of the prisoners yelling from behind their locked cell door. The faces of the prisoners could be seen through the small window in cell doors.

We also toured the intake where prisoners are first brought in to the facility. The youth were shown the fingerprint office and holding cells and then on to view a couple more pods. Meanwhile, the parents had returned to the assembly room and were talking with a social worker from Juvenile Court, discussing the problems they are having with their child and learning what resources are available to them.

When we arrived back at the assembly room, the youth were instructed to sit down again. I then heard chains. From behind me, three prisoners walked toward the front of the room in belly chains and leg shackles. They stood in front of the youth and, one at a time, gave their testimony. Each prisoner had something in common with the others: all three had disrespected their parents, and their troubles all began when they themselves were juveniles.

The youth heard these prisoners talk about how they wished they still had the freedom to hug their moms, sleep in their own beds, wear their own clothing, use their cell phones, hang out with their families, or just to walk to the refrigerator when they were hungry. They discussed how they wished they could go back in time and start over. I noticed the youth were very much interested in what these prisoners had to say. The prisoners interacted with the youth by asking them questions about why they were there. With each answer from the youth, the prisoners related by stating they had done the same thing at their age, “and look where it led us.”

What Is The Impact?

After the prisoners were escorted out of the room, the parents and youth were asked to fill out a survey. Then it was time to close the program. I noticed that a couple of the children went to their parent and hugged them. I even heard one say, “Mom, I’m sorry. I will do better, I promise. I never want to come here.” I asked to read the surveys before leaving. Not one of them was negative. When asked what they learned from the program, most wrote, “I need to think twice about my choices.” I hope they do. I wish the best for each of them.

Lee Tramel is the Assistant Chief Deputy for the Knox County Sheriff’s Office. During his 26 year career, he also served in the civil warrants division and as Assistant Director of the Court Services Division. Lee is a Knoxville native, where he lives with his wife and 10 year old daughter.

Mathing With Your Child

The importance of immunizations: part 1