Free speech, creativity, and the revolution in videos, books, and apps 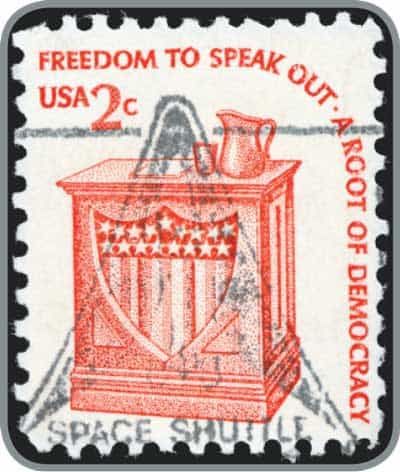 “One estimate suggests that there are 900,000 apps just for the Apple iPhone, iPod, or iPad.”

Can free speech promote creativity? Oliver Wendell Holmes, in his famous dissent in the Supreme Court case of Abrams v. United States (1919), suggested that the First Amendment to the United States Constitution protected the expression of controversial ideas: “the ultimate good…is better reached by free trade in ideas—that the best test of truth is the power of thought to get itself accepted in the competition of the market.” Holmes wanted to overturn the convictions of protesters who had merely written and distributed leaflets criticizing U. S. involvement in World War I. Today, we all benefit from Holmes’ dissent and his support of free speech. Combined with the forces of technology, citizens in the United States, and in many other countries, can express their creative ideas, however controversial, through videos, books, and apps.

YouTube is an amazing outlet for video productions on any topic created by amateurs and professionals. Aspiring singers, directors, documentarians, and actors can upload videos that display their creative talents. Furthermore, these videos can record social and political commentary. For instance, our perceptions of societal change and revolution in the Middle East in the past few years has been shaped by amateur videos shot by participants in the streets, often in the midst of dangerous situations. How many YouTube videos are there? No one knows for sure but one estimate puts the total at close to three billion. Obviously, then, most of these videos are only seen by family and friends of the creator. This venue, however, has unleashed the creative energies of millions of people worldwide.

Self-published books are another fascinating reflection of previously untapped creative energies.  Soft cover books and eBooks have been written on a myriad of genres: novels, poetry, family and local history, cookbooks, travel guides, and memoirs. An author can see his or her book published in a matter of days through several outlets: Amazon Create Space, Lulu, Authorhouse, and iUniverse, just to name a few. These books can also express controversial ideas that might challenge a society’s cherished ideas. It is worth noting, though, that many countries other than the United States censor the self-publication of certain books. How many self-published books are there? Bowker, the leading provider of bibliographic information, estimated that 235,000 print and “e” titles were published in 2012 in the United States alone. Most of these titles sell less than 100 copies, and most authors make less than $500. Money may not be the point, however. For the first time in history, almost anyone can be a “published” author.

Apps have tapped another source of creativity, the desire of many to create games and other services. Apple and other companies provide free software that allows any programmer to create and publish an app. Some apps are addictive, such as popular games like Angry Birds. Other apps can be very useful; many newspaper, magazines, and television companies provide instant access to daily world news. How many apps are there? One estimate suggests that there are 900,000 apps just for the Apple iPhone, iPod, or iPad. Most apps are probably only played or used by family and friends of the creator.

This is a unique time in human history. The creative ideas of any citizen can find an outlet in videos, books, or apps. Not many other citizens may be viewing, reading, or playing these creative products.  Not many creations may survive “the competition of the market,” to use Holmes phrase. The world is freer, however, by the ability of any individual to enter this market, to express an opinion or idea, and to test its acceptance. Holmes would have been happy that the United States, and parts of the world, understands his concept of free speech.

Protecting Your Child from the Flu

An Elixir of Fun

Ate A Bite Of Pie