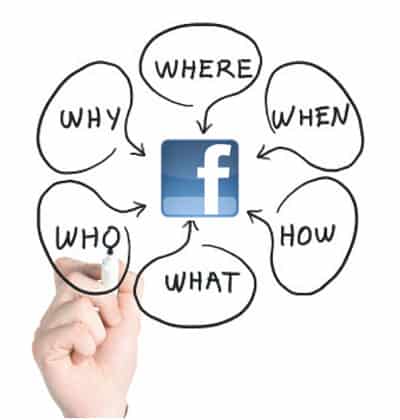 Should I join Facebook? How should I decide? I’ve been reading an interesting book by David McRaney entitled You Are Not So Smart: Why You Have Too Many Friends on Facebook, Why Your Memory Is Mostly Fiction, and 46 Other Ways You’re Deluding Yourself. McRaney discusses the varied cognitive biases, heuristics, and logical fallacies that influence our decision making and make many of our choices less than logical. Could these cognitive traps influence my evaluation of Facebook?

At first glance, I must admit that I’m not excited about the Facebook idea. I never liked the social chat rooms years ago when I joined America Online. Furthermore, I don’t tweet. I don’t see the point of letting everyone, my friends included, know my every thought or see every picture of me taken in the last five years. My wife agrees with me. She…now, wait a minute. I don’t even know what Facebook is. I haven’t looked at a single Facebook page, but I’ve already made up my mind. I have just fallen for what McRaney calls the confirmation bias: “Your opinions are the results of years of paying attention to information that confirmed what you believed, while ignoring information that challenged your preconceived notions.” So maybe I should talk to someone who actually uses Facebook.

“It seems that I have just committed what McRaney calls the ad hominem fallacy: ‘What someone says and why they say it should be judged separately.’”

I do have this friend who swears by Facebook. He is constantly checking his Facebook page to if any of his “friends” have left him messages within the past hour. He says that Facebook is a great way to share information about restaurants and movies. He says that a lot of his old acquaintances from high school found his page and asked to be his friends. He’s expecting his college chums to find his page next. Well, if this is what happens on Facebook, count me out! The last thing I want is all these people I’ve tried to forget finding out where I am, what I do, what I think…Ok, Mike, now wait a minute. This is just one person’s use of Facebook. I’ve done it again. I’ve used what McRaney calls the availability heuristic: “You are more likely to believe something is commonplace if you can find just one example of it.” I need additional evidence.

So I watched The Social Network. This film depicts the career of Mark Zuckerberg as he originated Facebook in his college dorm and developed it into a company that had a billion users. But, to be honest, I would not want to be friends with this Zuckerberg fellow. He struck me as a crazed capitalist bent on shredding his own friends as he made his fortune. So if this guy was like this how could his creation be any good? No Facebook for me…Mike, now slow down. Steve Jobs apparently wasn’t a nice guy either, but are you giving up your iPhone? It seems that I have just committed what McRaney calls the ad hominem fallacy: “What someone says and why they say it should be judged separately.” In this case, what someone does and how they do it should be kept separate.
So I’ve just witnessed how my supposedly logical decision making is influenced by biases, heuristics, and fallacies. I really need to rely on more than my own knowledge, friends, and movies before I make a decision about Facebook. Maybe I should just try it and decide for myself? At the very least, in the New Year, I have resolved to take more time and weigh more evidence in making decisions.

Tags #David McRaney #education #Knoxville #Mark Zuckerberg #mike smith #testprep experts #The Social Network #You Are Not So Smart: Why You Have Too Many Friends on Facebook
Previous

The Importance Of One-On-One Time